We know that the great assembly of words in the world doesn’t matter much if it doesn’t register with the audience if it isn’t meaningful to them. But what of the words themselves?

Does it matter how several difficult words you use, how long your sentences are, and so on?

Words matter of course, but it’s the message, the connection, the structure, the delivery, and the story, etc. that matter more.

Given the effort amount you have put into crafting the words for that presentation coming up, you will not be happy to learn as it is not so much what you are saying as how you look to the audience that matters. That’s, how they perceive you. We tend to think that communication is a verbal, intellectual exercise, while actually communication especially public presentation is a physical activity as well.

Remember that it’s you, in physical form, who are presenting those words to an audience, and your body carries its own subliminal but forceful messages through your gestures and tone of voice. So, it is possible that your words may be saying one thing, but your body language quite another. Unfortunately, it’s your body language that resonates most with audiences.

This leads us to a simple and irrevocable truth: When it comes to body language, actions do speak louder than words, and your body language can make or break your presentation. An audience decides if they trust the speaker, and that figures out the speaker’s level of success. These seconds are used, maybe unconsciously on the audience’s part, sizing up how the speaker presents him or herself.

If the audience does not trust the speaker, it will not matter what he or she says; the audience won’t be persuaded. But a confident (and confidence doesn’t mean arrogant) attitude on stage gives you an air of authority, which supports your story. Your eyes, mouth, hands, head, and movements of many body parts reveal your mental state.

Are you turning your back to the audience, maybe talking to the screen rather than to them? This can make you seem disinterested in their reactions, too concentrated on what you have prepared. Are you moving all over the stage? You may begin to resemble an animal looking for an escape, as well as your audience will soon tire of trying to follow your movements. Gestures can help in creating emphasis; however, too several or exaggerated movements can make you look overbearing or aggressive when you were aiming for strong.

Gestures like touching your face or hair or covering your mouth can make you seem less than honest.

Your facial expressions are very important:

the way you look reveals how you feel and about yourself and your message. So does your overall posture. Taken together, a lack of eye contact, intimate hand gestures like scratching or touching your face, a wavering voice, and bad posture are telltale signs of discomfort and lying. This isn’t what you want to project to an audience.

Think about some of the successful speakers you have seen.

They look relaxed, confident, in command but not overbearing. Positive, happy, but not ridiculously so.

They look natural. The issue is, too frequently we confuse natural with improvisation. This’s a common mistake on the part of several European businesspeople we see who admire and try to emulate such American presenters as the late Steve Jobs, who made everything on-stage seem easy and natural. We can assure you, successful presentations like these aren’t improvised.

They’re the result of diligent preparation and training and rehearsal. Anything done well seems easy.

But while coaching, self-awareness and rehearsal are critical to perfecting your presentation, you want to avoid going to the other extreme, looking as though you are acting out a role in a comedy with stilted, and scripted movements. Your goal is to remain authentic, and sincere. 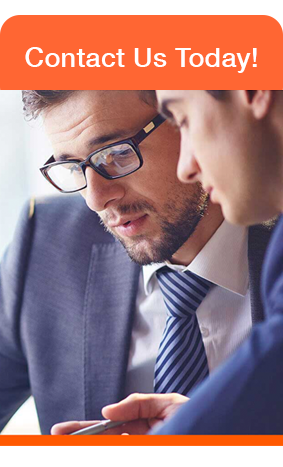